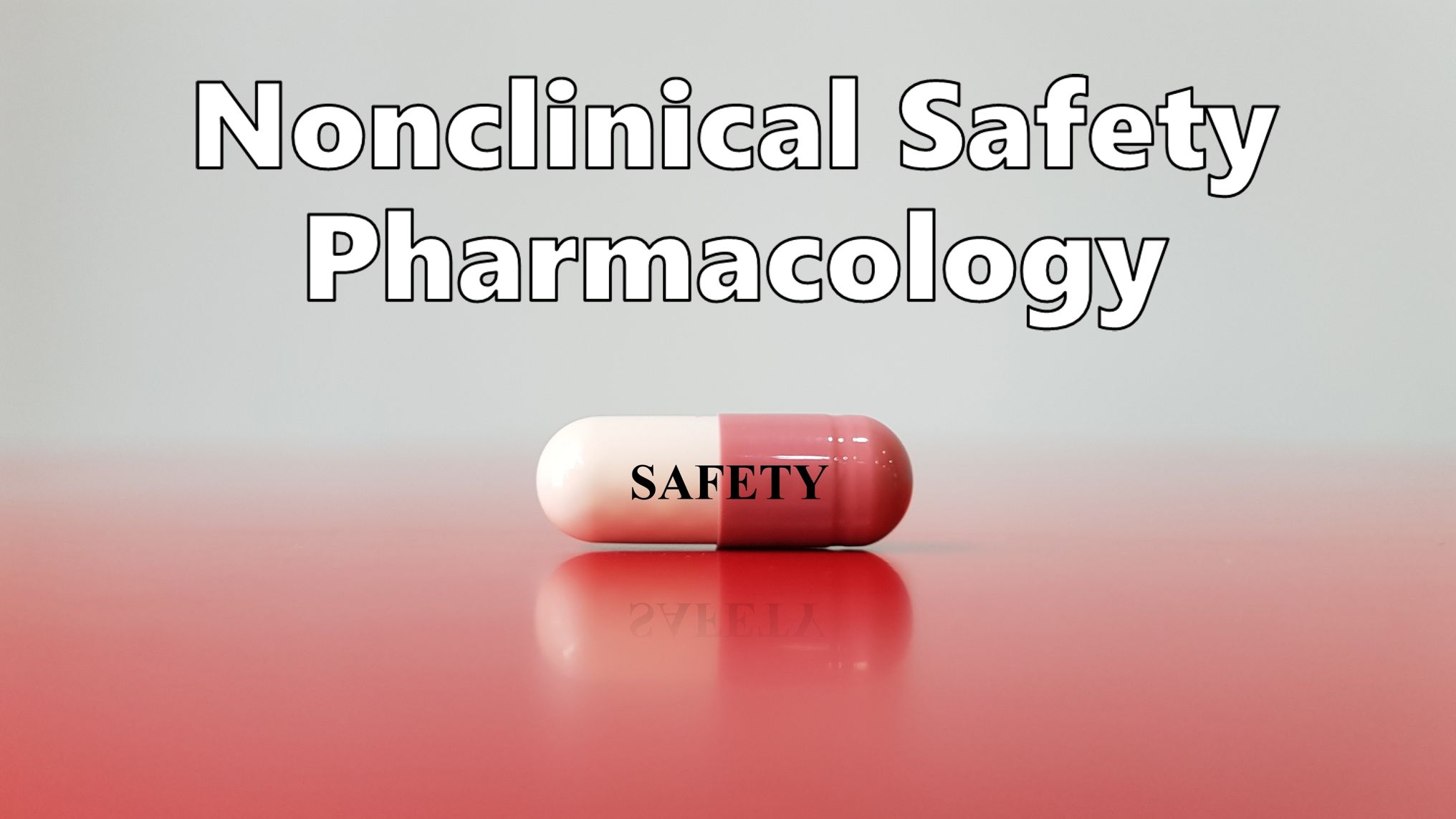 Despite its importance in nonclinical drug development today, safety pharmacology is a relatively new discipline. Safety pharmacology is a branch of pharmacology that is specialized in detecting pharmacodynamic effects of new chemical entities on physiological functions in relation to exposure to the test item within its therapeutic range or above.  The primary purpose of safety pharmacology is to prevent serious injury or death during clinical trials of new drug products as a result of unanticipated side effects on vital physiologic systems. The three main systems of concern are the respiratory system, cardiovascular system and the central nervous system. Secondary systems of concern include the gastrointestinal, renal and immune systems.

Problems during new drug development that result in termination of development or eventual withdrawal of the drug from the market are often associated with negative impacts on the cardiovascular system. This was the case with the popular antihistamine terfenadine in the early 1990s. Terfenadine was found to be associated with Torsades de Pointes (TdP), a lethal cardiac syndrome. Upon this discovery, the drug was banned by the FDA in 1998 and removed from the market. Although standard non-clinical toxicology methods were able to identify toxicity with terfenadine at high doses, these methods were not able to identify the potential to cause TdP. In 2001, the International Convention on Harmonization (ICH) defined new guidelines for what was termed as safety pharmacology in S7A and these guidelines were adopted by regulatory agencies.

Safety pharmacology includes in vitro and in vivo nonclinical testing leading up to IND or NDA submissions. ICH guideline S7A outlines three types of safety pharmacology studies: the core battery, supplemental studies and follow-up studies. The core battery consists of an assessment of the potential effects of a new drug on vital organ systems including the central nervous system, the cardiovascular system and the respiratory system.

The Functional Observational Battery (FOB), or Neurological Examinations consist of assessing the potential effects of a new drug on the central nervous system. The FOB is usually performed in rats or mice, whereas neurological examinations are performed in non-rodent species such as dogs monkeys and pigs. The tests are non-invasive in nature and involve a set of observations to cover the behavioral, autonomic and neuromuscular functional domains of the central nervous system.

Cardiovascular evaluations consist of assessing the potential effects of a new drug on the cardiovascular system (arterial blood pressure & electrocardiogram). Cardiovascular parameters are monitored by telemetry, in conscious pre-implanted animals (usually non-rodents species), and often employ a Latin-square design, where each animal receives the control item and different dose levels of the test item in a unique sequence.

Parameters monitored during these studies include, but are not limited to, blood pressure, heart rate, ECG intervals (PR-I, QT-I and QTc, QRS), as well as a qualitative assessment of the test item’s potential effects on the morphology of the P-QRS-T waveforms, cardiac rhythm and conduction abnormalities. ICH Guideline S7B outlines studies for the in vitro activity of the drug on hERG channels and the measurement of in vivo telemetry in conscious animals for a complete assessment of pro-arrhythmic risk. These should be performed prior to first administration in humans.

In larger animals, these respiratory measurements can be performed using a Plexiglas helmet or a face mask connected to a pneumotach. Parameters such as partial pressure of oxygen (pO2), partial pressure of carbon dioxide (pCO2) and hemoglobin oxygen saturation can be measured using a pulse oximeter and/or by analysis of arterial blood samples.

As part of its IND-enabling services, ITR offers a complete core-battery of in-vivo safety pharmacology studies in accordance with S7A and S7B and can be completed in full compliance with GLP.

Cardiovascular assessments such as ECG, blood pressure and locomotor activity are performed in freely moving animals with surgically implanted telemetry and all data is evaluated by a board-certified cardiologist. ITR can perform the complete FOB in rats and mice to evaluate behavioral, autonomic and neuromuscular changes resulting from test items. Approximately 30 parameters are evaluated. ITR also performs neurological examinations in dogs and monkeys to assess mental status, muscle tone, spinal and facial nerve reflexes, gait and posture; about 15-20 tests are performed. ITR can also perform tests for renal function in saline-loaded animals as well as gastrointestinal transit in rats and mice using a charcoal meal.

Respiratory parameters such as tidal volume, respiratory rate, minute volume and blood gas analysis for oxygen & carbon dioxide can be measured in rats and in large animals. For measurement with rats, head-out plethysmography is used while pneumotach and face masks are used for large animals. Safety pharmacology assessments for the respiratory system is particularly important when evaluating toxicity of inhaled therapeutics. Respiratory endpoints are not only relevant with inhaled drugs however, secondary toxic effects of any drug may impact the respiratory system.

ITR has recently updated its respiratory measurement system to the new DSI ACQ7700 Respiratory Ponemah System (Data Sciences International, St. Paul, MN, USA).The new DSI/Ponemah system allows the acquisition of respiratory data from more animals at a time. The new plethysmograph chambers are simpler to use, disassemble and clean. They are also available in three sizes and transitioning between sizes requires minimal labor. The larger chambers avoid any thorax compression for the rats, providing more comfort during data collection.

Safe and effective drugs require thorough testing and avoiding human injury during development requires effective planning and nonclinical assessment. Some of the common causes of serious human adverse events during clinical trials are unexpected adverse effects on the cardiovascular, respiratory or central nervous systems. The core battery of safety pharmacology assessments was conceptualized to ensure that the first administration of new drugs in humans is as safe as possible.

In line with ITR’s mission to bring new medicines into the world while maintaining our commitment to animal welfare, ITR is continually upgrading equipment and refining processes to improve the lives of the animals under our care while providing detailed and complete safety assessments for new drug products.