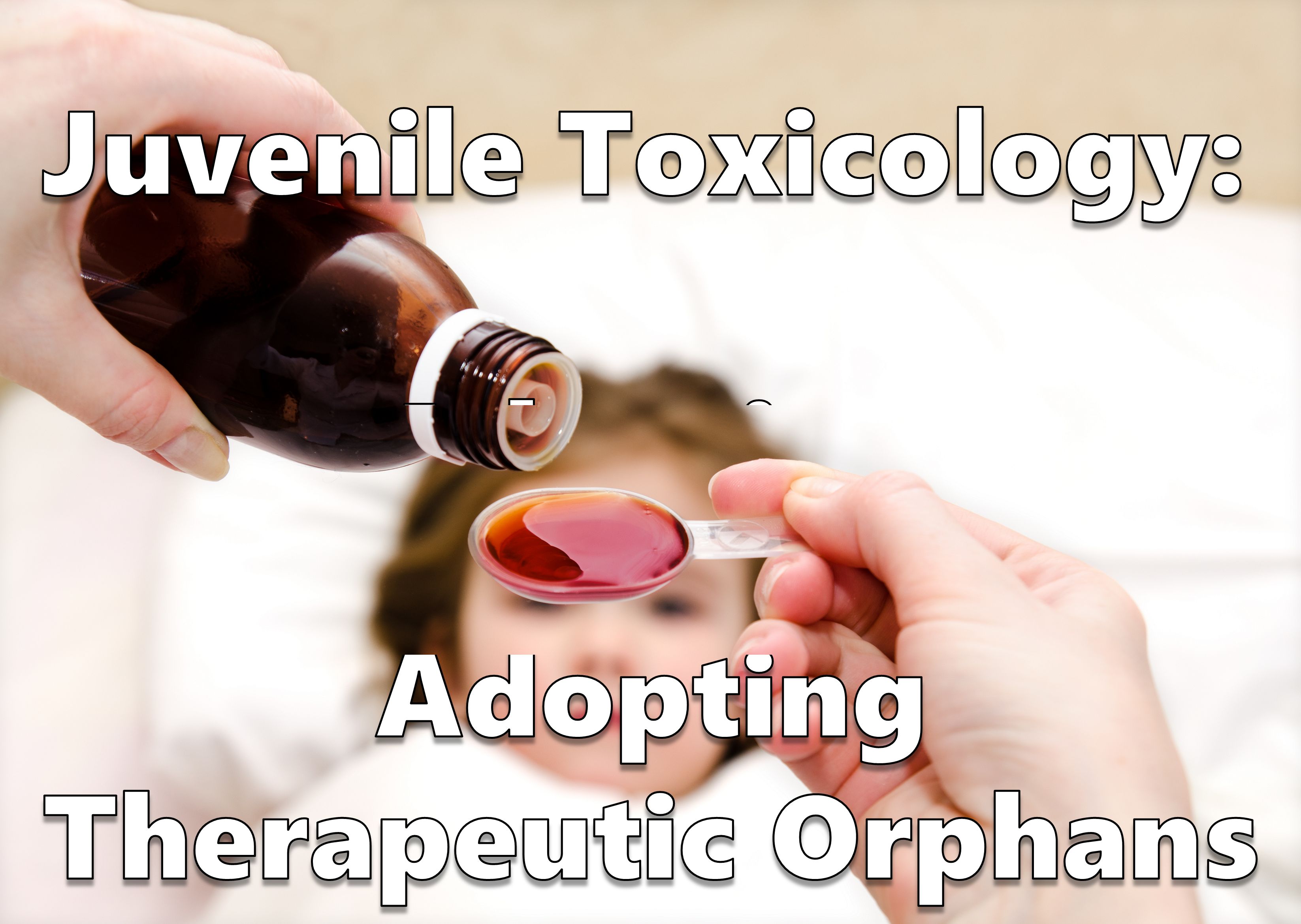 The use of animal models for safety testing of chemical or drug products for human use has successfully prevented permanent damage or death resulting from untested products in countless people. Improper safety testing prior to FDA regulations resulted in many serious illnesses and deaths from simple household products. The mass poisoning from Elixir Sulfanilamide in 1937 and the public outcry that followed was the impetus that led to the passage of the Federal Food, Drug & Cosmetic Act in 1938.

Today, manufacturers of consumer goods including pharmaceuticals are required to prove their products are safe for use in humans. However, despite the progress that has been made regarding safety testing, standard drug development has traditionally focused on safety testing with adult end consumers in mind. As more research is completed, it has become increasingly clear that safety testing data generated from research with adults cannot be easily generalized to children.

Starting in 1994, the FDA began taking more steps to include pediatric safety testing as part of the drug development process in order to reduce off-label usage in the pediatric population. In 1994, the Pediatric Rule required the use of existing data to support additional pediatric use labelling. The FDA Modernization Act (FDAMA) in 1997 and the Best Pharmaceuticals for Children Act (BPCA) in 2002 provided market exclusivity incentives to include pediatric testing. The Pediatric Research Equity Act of 2003 served as the proverbial stick to the BPCA’s carrot. The success of these regulations resulted in their permanent adoption by the USA congress in 2012. Off-label drug use for pediatrics decreased from 80% in 1994 to 50% in 2017.

ITR has worked to develop new methods to meet the demand for juvenile animal models. In this newsletter, we discuss the biological differences between children & adults, we will touch on challenges and ethics with pediatric research, the utility of animal models for pediatrics, and how ITR is adapting to include more expertise in juvenile & neonatal animal models.

Children show differences in absorption, distribution, metabolism & elimination compared to adults and these differences will change depending on the current stage of development. Each organ system in the body develops at different rates and will undergo different stages of development depending on the age of the child. Systems like the Kidneys and Gastrointestinal Systems will mature within 1 year of life while the Lungs will mature within 2 years of life. Conversely, the brain remains a constantly developing organ well into early adulthood, until approximately 25 years of age, similar to the skeletal system. All of these systems can be disrupted or modified by drugs. The organ systems which undergo significant post-natal development are at the greatest risk for the negative effects of drug toxicity. The kidneys, lungs, immune system, gastrointestinal system, skeletal system and reproductive system are all at risk when considering potential drug toxicity.

Issues with Pediatric Clinical Trials & the Utility of Animal Models

Beyond the physiological & developmental differences in children compared to adults, pediatric clinical trials present ethical limitations as well. Clinical drug trials require voluntary, clear and informed consent from the adults who choose to participate. Communication and consent is complex with younger children. Ensuring that a young child comprehends the detailed information and truly understands the potential risks involved with the trial is far more difficult than with adults. Convincing parents to allow a child to participate in clinical drug trials can also be a difficult endeavor. Due to the difficult ethical problems involved, animal models have been heavily relied upon for pediatric drug development.

Models based on developing rodents identified theophylline as a risk factor for convulsions in young children (Mares et al. 1994; Yokoyama et al. 1997). Hexachlorophene neurotoxicity in human neonates was also modeled on developing rats & monkeys (Towfighi, 1980). These findings and more are cited by The FDA Guidance for Industry Nonclinical Safety Evaluation of Pediatric Drug Products (2006) to explain the value of pediatric research. The research cited within the guidance covers differences between adult & child systems, how juvenile animal models help predict age-related toxicity as well as post-natal toxicity.

The carrot and stick approach to increase pediatric clinical trials has had a tremendous impact on increasing the available number of safe treatments for children. However much like with adults, drugs intended for pediatric populations require safety testing with animal models. The increasing demand for pediatric clinical trials has led to a correlating increased demand for preclinical animal trials in juvenile animals. ITR has responded to this demand by innovating new methods for juvenile animal studies.

While dosing methods for adult animals have been well established for many years, dosing neonatal animals is challenging due to their small size. ITR has previously developed methods for intravenous dosing and oral gavage dosing in neonatal rats, as well as an identification system using digital dot tattoos allowing separate identification of up to 9999 different neonates. We have also now expanded our dosing methods for neonatal rats to include intratracheal dosing.

Despite the standard 28 day study format, intravenous dosing with neonatal rats has previously been limited to single dose studies at 2 days of age. The small size of neonatal rats presents technical challenges with the repeat dosing required for 28 day studies. The typical use of the tail vein for dosing is impossible at 2 days of age due to the small size of the tail at that age.

A trans-luminating light may be used to locate the temporal vein to enable dosing at this point. With time however, the animal becomes too large and the light is no longer capable of revealing the vein. As the animal grows, we used a vein / body size approach to identify other possible veins for dosing until the tail vein is large enough. This approach has allowed us to successfully complete a typical 28 days multi-dose study.

Similarly to how adult clinical data cannot be generalized to children, preclinical data gathered from adult animals can also not be generalized to juvenile or neonatal animals. The few clinical pediatric trials that are conducted will often rely on preclinical data generated from adult animals, which places unnecessary risk on pediatric clinical trials. Reliable preclinical data for use in pediatric studies requires animal models of equivalent or comparable age to the intended human pediatric populations. As such, ITR has now established baseline hematology & biochemistry reference data from male and female Sprague Dawley rat pups at 4, 7 and 21 days of age. This data can now be used as a point of comparison for future studies with juvenile rats.

Children have long been considered therapeutic orphans as a result of the assumption that they are simply small adults. Increasing understanding of the differences between children & adults coupled with the Carrot & Stick approach from the FDA has resulted in steadily increasing attention to pediatric research and has led to an appreciable increase in drug labelling information for the pediatric population.

Animal models can only be effective when they can predict effects in the target population. When developing pediatric medicines, adult animal models are insufficient to make effective predictions. As such, ITR has worked to bolster juvenile animal models by innovating new dosing methods to a wider range of study designs. While intravenous dosing in neonates was previously limited to single dose at 2 days of age, we are now capable of performing repeat dose 28-day studies in neonates. Supporting oral gavage, intratracheal, and intravenous dosing methods, ITR continues to overcome technical challenges in neonatal and juvenile testing. The establishment of baseline hematology and biochemistry reference data will help reduce the problems with comparing baseline adult data to newly generated juvenile data, further strengthening the reliability of juvenile animal models.

With more reliable preclinical pediatric data, the number of drugs with regulatory approval for pediatric use will continue to rise. ITR will continue to play a contributing role by innovating new methods for neonatal and juvenile testing to help reduce the risk children face from off-label prescriptions and improperly generalized results from adult data.