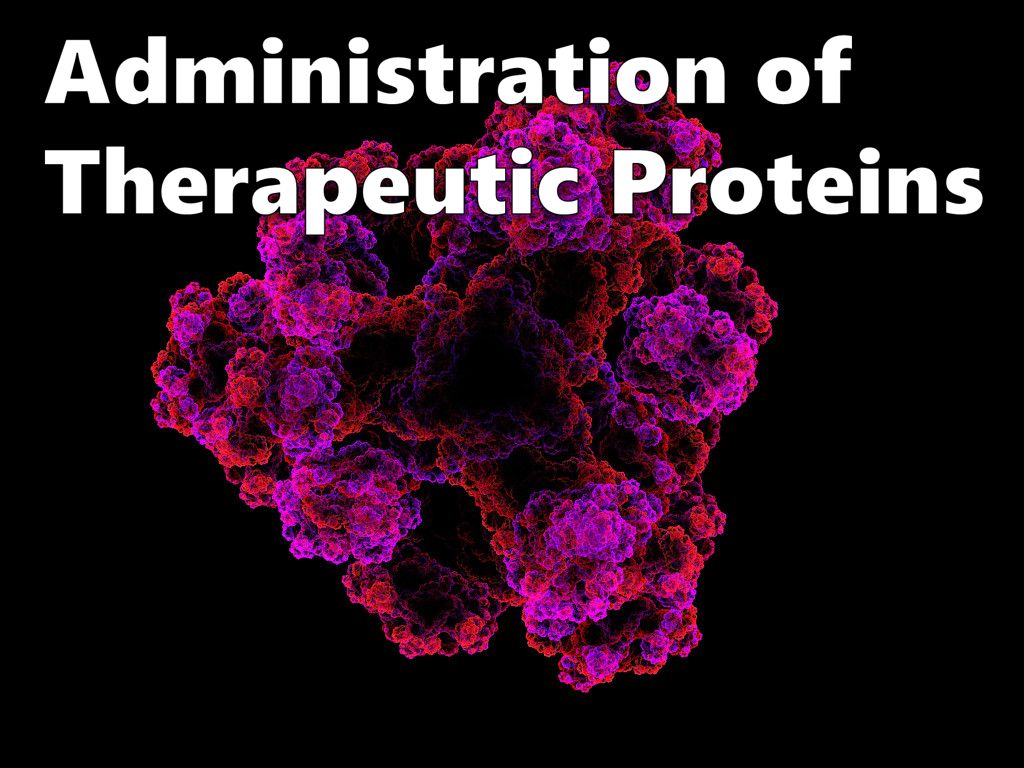 Small molecule drugs have been the favored form of medicine for many years, but as medical science advances, newer forms of medication have been steadily growing in prominence.

Recombinant DNA technology enabled mass production of protein therapeutics, which has widened the range of treatment options available to practitioners and patients today. Protein-based drugs show positive therapeutic benefits for the treatment of metabolic, cardiovascular and cancer indications effectively slowing disease progression. The high specificity of therapeutic proteins reduces interference with normal biological processes that would cause adverse effects. They are also less likely to elicit immune responses, as the body naturally produces many of these proteins. Despite the advantages conferred by protein-based medicines, they are more challenging to effectively administer compared to small molecules, which can be delivered orally, inhaled, or via injection.

When given the choice between inhaling, injecting or swallowing their daily medications, people will avoid injection. Unfortunately due to the challenges involved with oral delivery or delivery via inhalation, injection has been the standard delivery method. Alternative delivery methods for protein-based therapeutics are therefore in high demand and inhalation looks to be a promising route.

At ITR, we are continually developing our inhalation technologies to further provide more effective and comfortable drug delivery. In this newsletter, we discuss the issues involved with oral delivery of therapeutics as well as difficulties with delivery via the lungs. We will also discuss ITRs focus on intensive development of our inhalation technology.

When given the choice between a needle or a pill, most people prefer taking a pill. For this reason, oral delivery has been historically favored. However, oral delivery of therapeutics has drawbacks that need to be considered.

Bioavailability of orally administered drugs is greatly limited due to hepatic first-pass metabolism. When taken orally, the drug passes through the stomach, Before entering circulation, the drug also delivered to the liver and finally to the small intestine to be absorbed. By the time the drug reaches the bloodstream, the active therapeutic components have been enzymatically reduced in the stomach and the liver, diminishing therapeutic benefit. Small molecule drugs show reduced bioavailability when taken orally, but they maintain therapeutic benefits nonetheless.

When dealing with proteins as therapeutics, enzymatic degradation through the GI tract becomes a brick wall, eliminating the potential therapeutic value the drugs would offer. Gastric enzymes break down protein therapeutics in the stomach, they are then further broken down by the liver. By the time the drug is absorbed and enters the circulatory system, they no longer offer the therapeutic benefits they were intended for. Enzymatic breakdown is a difficult problem to work around, so researchers turned their attention towards inhalation as a delivery method instead.

Problems with Inhalation as a Delivery Method

Treating lung related disease or disorders such as COPD and Asthma is accomplished through aerosolized inhalation of medication. The drug is inhaled to directly treat the lungs locally. Until the refinement of recombinant DNA technology and the capacities to mass produce therapeutic proteins, inhalation of protein therapeutics was not well explored.

For those with Diabetes Mellitus, multiple daily injections of insulin have been a requirement to survive. As a protein, Insulin cannot be taken orally, as it would be entirely digested by hepatic first-pass metabolism. Injection has therefore been used to deliver insulin directly to the bloodstream. The consequences of missing Insulin doses can be fatal, and compliance with multiple daily injections for years is unpleasant. An alternative to injection therefore is highly desired and would be an effective means of increasing patient compliance and comfort.

Successful drug delivery via inhalation reduces the problem of first-pass metabolism in the GI tract, but it still requires bypassing the natural defense mechanisms of the lungs, such as mucociliary clearance, macrophages and pulmonary enzymes. Pulmonary enzymes show less degradation of therapeutic proteins as compared to the enzymes found in the GI tract, maintaining the therapeutic potential of the drug. Protein macromolecules however, are too large to be absorbed paracellularly in the lungs, and require the assistance of an absorption enhancer.

The Use of Absorption Enhancers

A tight junction (TJs) is a type of cell junction wherein the membranes of two neighboring cells join to form a barrier as they limit the passage of molecules and ions through the space between cells. 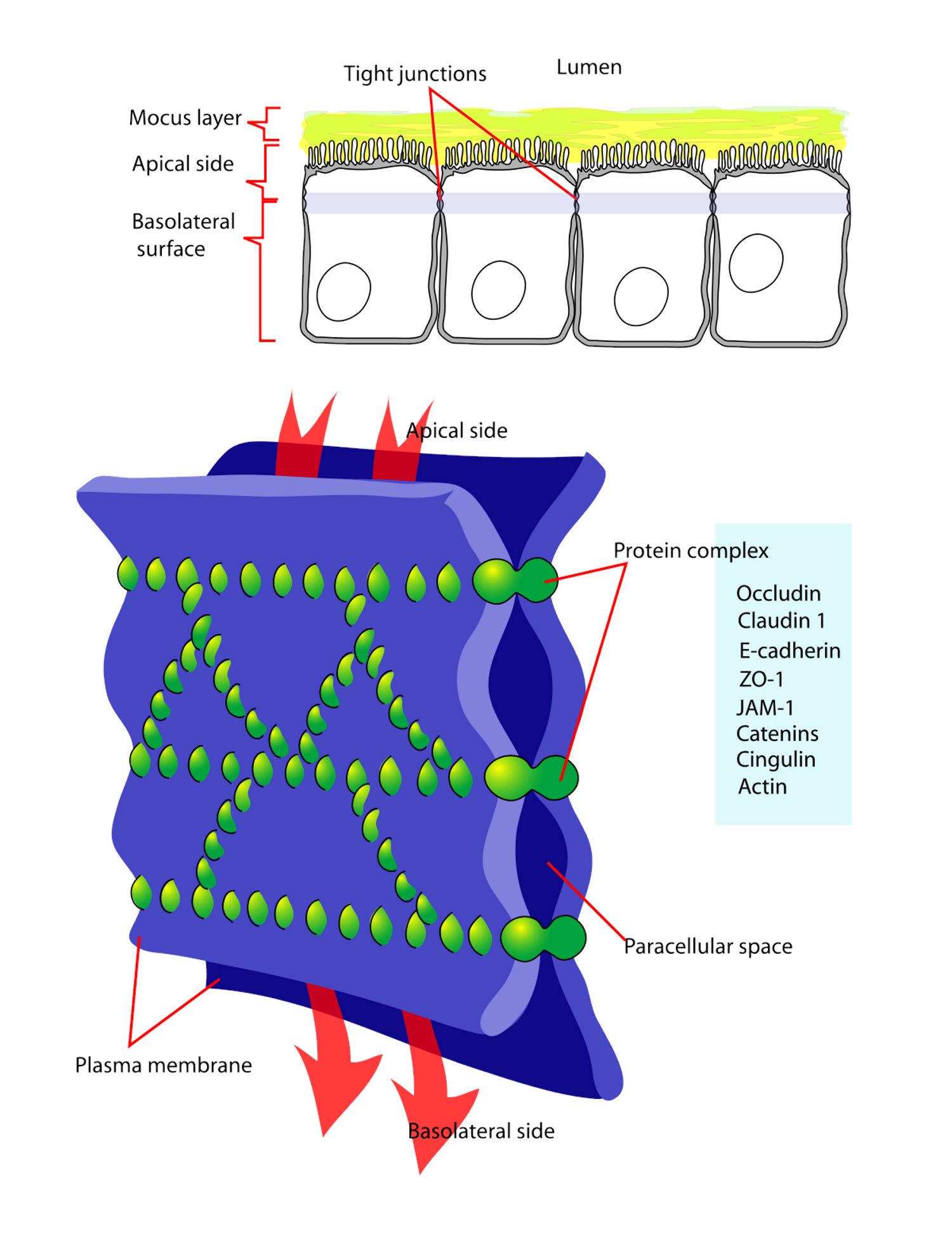 Our dedicated Subject Matter Experts –  Aerosol Scientists, Inhalation Toxicologists & Drug Development Navigators, collaboratively have developed appropriate methods for preclinical toxicity testing of absorption enhancers. In a previously completed study, a preliminary experiment was performed to determine the toxicity and efficacy of a therapeutic platform when administered by inhalation exposure.

The platform introduced an absorption enhancer to further facilitate and optimize protein therapy pulmonary drug delivery in tandem with a variety of inhaled macromolecules. Results demonstrated that the proposed therapeutic platform was well tolerated and there was no indications of local toxicity.

The presented data showed that the enhancer could potentially be used as a therapeutic platform to enhance delivery of inhaled macromolecules across epithelial & endothelial barriers by opening the tight junctions which potentially protects the protein/peptide from enzymatic degradation but also aids in enhancing its absorption without altering its biological activity.

These preliminary data represent a significant opportunity for the absorption enhancer to act as a robust therapeutic platform and to facilitate the inhaled route of administration of protein therapeutics as well as many other classes of therapeutic drugs that are too large to pass through the epithelial and endothelial barriers, respectively.